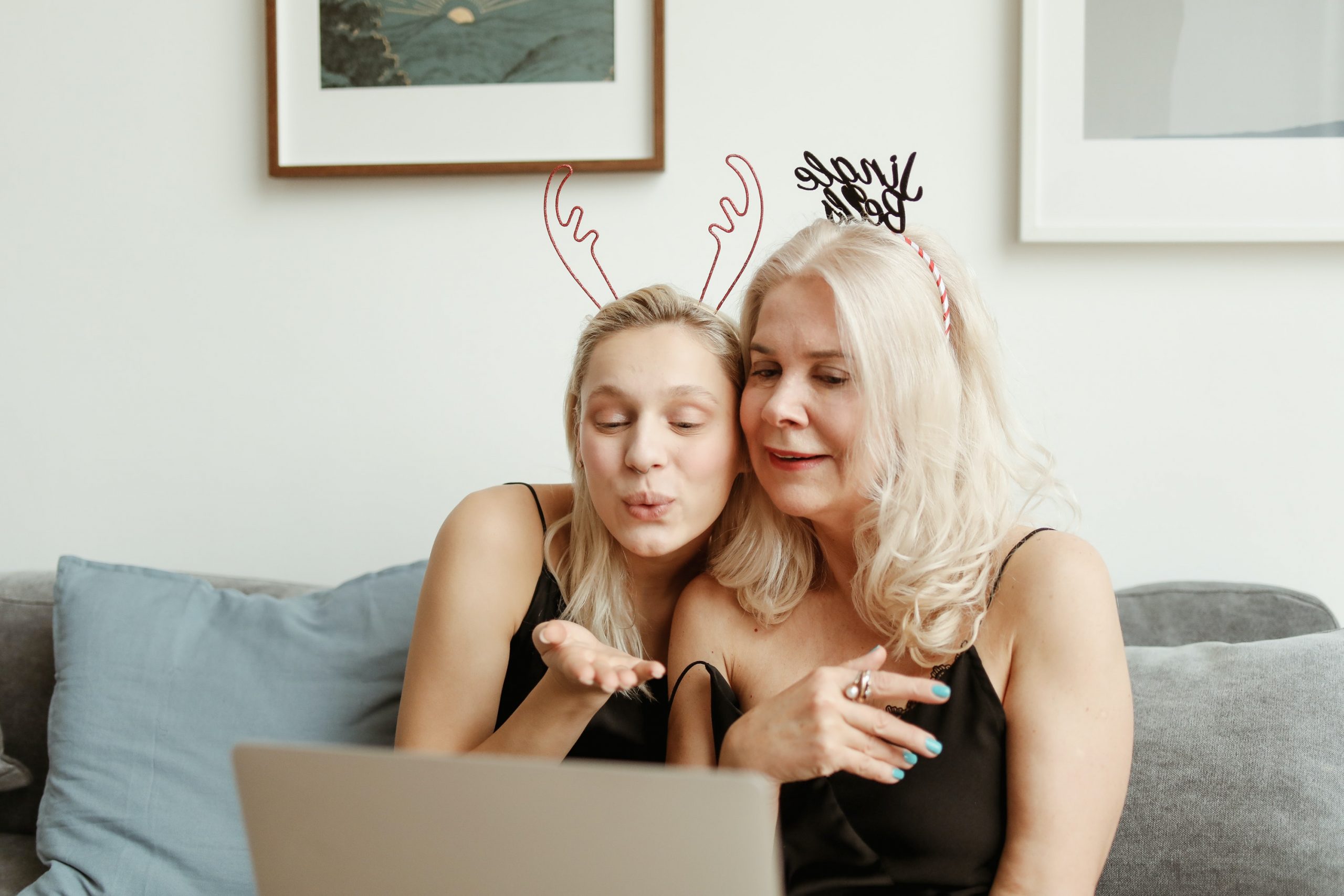 All social and economic disruptions come with their own unique set of related risks and opportunities.

After weathering Australia’s Covid 19 experience, the borders between the states and territories are now all-but open. The year 2021 is in sight and there is a hunger for a return to ‘normal’. The recent Westpac-Melbourne Institute Index of Consumer Sentiment articulates this desire to ‘get on with things’; sentiment reached its highest level since November 2013 and Christmas spending is expected to be consistent with previous years.

However, the Reserve Bank of Australia cautions that the post-2020 recovery will be uneven and drawn out and GDP is not expected to return to pre-pandemic levels until the end of 2021. The risks are not limited to the pandemic but Australia’s geopolitical relationships, notably with our largest trading partner, China.

Here is a list of key risks and opportunities as we head into 2021:

Reducing unemployment is a national priority. While the unemployment rate is expected to decline in 2021, further rises are expected as businesses restructure in response to the pandemic. Wage growth will also be subdued with excess capacity in the market.

New analysis from the Reserve Bank of Australia suggests one in five jobs were saved by JobKeeper.  The RBA November 2020 analysis states: “One in five employees who received JobKeeper (and, thus, remained employed) would not have remained employed during this period had it not been for the JobKeeper Payment. Given that 3.5 million individuals were receiving the payment over the period from April to July 2020, this implies that JobKeeper reduced total employment losses by at least 700,000 over the same period.”

The number of businesses accessing JobKeeper reduced by around 450,000 in October 2020, with the transition to more stringent eligibility requirements.

In 2021, the focus will be on creating jobs, not just keeping them. To this end, there are a number of incentives for employers to grow employment and skills:

In addition, subsidies are available for employers engaging apprentices in key industries with skills shortages including carpenters and joiners, plumbers, hairdressers, plasterers, bakers and pastrycooks, vehicle painters, wall and floor tilers, arborists, bricklayers and stonemasons and air-conditioning and refrigeration mechanics.

There is also additional support for adults reskilling and undertaking an apprenticeship and for apprentices with a disability.

NB: It is worth noting that Federal Government incentives generally do not overlap. That is, your business cannot receive incentives for BOTH JobKeeper and JobMaker;  or BOTH JobMaker and an apprenticeship subsidy.

For individuals, the JobTrainer programme provides those aged between 17 and 24 the ability to upskill or reskill, at minimal cost.

The HomeBuilder scheme provides a tax-free grant to those building a new home or renovating. To date, around 27,000 homes are expected to be covered by the scheme. The highest number of applications so far have come from Victoria (7636), followed by Queensland with 5954. New South Wales property prices mean that many homes exceed the eligibility threshold (4350).

In addition, the construction commencement deadline will be extended from three months to six months for all eligible contracts signed on or after 4 June 2020 (applications for HomeBuilder can be submitted up to 14 April 2020).

There is also a change in the licensing requirements and registration for builders and developers:

The eligibility criteria to access HomeBuilder remains the same. To be eligible you need to be an individual owner-occupier, 18 years of age or more, an Australian citizen, and pass the income test. The income test for individuals is $125,000 and $200,000 for couples (based on your 2018-19 or later tax return).

Extended rules for writing off assets: Australian subsidiaries of global companies to benefit

In the 2020-21 Federal Budget, the Government introduced a measure that allows businesses with turnover under $5bn* to immediately deduct the cost of new depreciable assets and the cost of improvements to existing assets in the first year of use. This means that an asset’s cost will be fully deductible in the year it is installed ready for use, rather than being claimed over the asset’s life. And, there is no cap on the cost of the asset.

Last month the Government announced it will modify the rules again enabling a broader range of businesses to access the instant write-off.

The amended rules will enable businesses with an aggregated annual turnover of $5bn or more (the current maximum threshold) to access the measures if they can satisfy an alternative test. Entities are able to pass this test if they have:

This will allow some Australian businesses that are connected with large global groups to access the measure. In addition, the Government will enable businesses to opt-out of using the new instant asset write-off and accelerated depreciation rules on an asset by asset basis.

Currently, the rules apply automatically if certain conditions are met, which for some businesses is not an effective use of the deduction. However, at this stage, it appears the choice to opt out of the instant asset write-off might not be available to small business entities that choose to apply the simplified depreciation rules.

Discussing the best use of these new depreciation rules should be part of the annual tax planning conversation you have with your tax accountant.

Despite feeling like we are emerging from the pandemic, the promise of a widely available vaccine is still over the horizon and the risk of another wave remains very real. For business, it will be essential to ensure that COVID-19 safe conditions are maintained.

Aside from the obvious health risks of not maintaining a safe environment, a lockdown risks your business’s survival, and the fines for breaching public health orders are hefty. According to an ABC report, “more than $5.2 million has been raked in (in fines) nationwide since pandemic laws came into effect in March this year.”

Australian economists are united in the view that there are a number of “zombie businesses”, only being kept alive by JobKeeper. These are the businesses that are only surviving because salary and wages are propped up by the subsidy.

The danger with these businesses is that they are continuing to take on debt. JobKeeper ends in March 2021, which coincides with one of the traditionally worst cashflow months of the year.

It will be important to ensure that your business stays on top of its debtors and does not become a bank for your customers. It will also be important to understand your cashflow position.  Do not over-commit and stay on top of labour costs.

Reach Out For Help

As accountants, we cannot run your business for you. But we are professionals who have skills in cashflow management and can help you analyse the numbers that can assist you to review and predict the performance of your business. Contact Affinitas Accounting on 07 3359 5244 or

At Christmas time, many people re-watch the film Love Actually. Apart from all the feelgood rom-com moments, there is a scene where the British Prime Minister (played by Hugh Grant) is asked about his views on the Britain-US relationship following a particularly disappointing trade negotiation:

“I love that word ‘relationship’; covers all manners of sins, doesn’t it? I fear this has become a bad relationship. A relationship based on the President taking exactly what he wants, and casually ignoring all those things that really matter to Britain.

“A friend who bullies us is no longer a friend. And since bullies only respond to strength, from now onward I will be prepared to be much stronger. And the President should be prepared for that.”

In the movie, the only reaction from the US was a stern look from the President (played by Billy Bob Thornton). However, the reality of megaphone diplomacy is very different.

Regardless of whether or not we support the stand taken by our government, non-compliance with China’s political will comes at a cost. In response to Australia’s public positioning, China has flexed its economic muscle through the disruption of Australian exports. Consider the following:

China is Australia’s largest trading partner by a margin that dwarfs trade with any other single nation (Europe $118bn, ASEAN $110bn and Japan $77bn). The value of exports to China has doubled in the five years since the signing of the China-Australia Free Trade Agreement from $75b in 2014-15 to $150b in 2019-20; imports have also grown significantly up 42% over the same period.

Iron ore remains Australia’s top export to China (in 2019-20, exports of iron ore accounted for 56% of all Australian goods exported to China) and a high demand resource to fuel the expansion of China’s economy – China is the world’s largest steel producer. The South China Morning Post reports that Australian iron ore makes up 60% of China’s supply.

It is not the first time China has undertaken a concerted campaign to use its economic might to secure its policy goals. Canada, India, the UK and New Zealand have all faced some form of retribution in the past. During a speech to the Press Club in August, Minister Wang Xining stated that any long term relationship is based on “mutual respect”. Australia’s perceived lack of respect was highlighted by the 14 grievances leaked by a Chinese diplomat to television station Channel Nine.

These grievances, according to this leaked document, are wide-ranging –  from the banning of Huawei from Australia’s 5G networks on “unfounded” national security concerns, foreign interference laws (initiated with the establishment of the Counter Foreign Interference Taskforce focussed on democratic institutions, education and research, media and communications, diverse communities, and infrastructure), calls for an inquiry into COVID-19 and siding with the US anti-China campaign, speaking out on the contested South China sea territories and “thinly veiled” allegations against Chinese cyberattacks.

So, what does 2021 hold for our Australia-China relationship?

There is conciliatory language from the Australian Government with both the Prime Minister and the Defence Minister acknowledging China’s economic success lifting millions out of poverty and our strong ‘people to people’ relationship. But Australia has not publicly backed down or been any less vocal with the announcement of a new defence pact with Japan and a continued pro-democracy stance on Hong Kong.

There is likely to be more pain to come for Australian exports to China and no short-term resolution or conciliation.  Watch this space – as the old Chinese proverb goes: “We live in interesting times”.

Source; Knowledge Shop Newsletter Dec 2020. NB: The material and contents provided in this publication are informative in nature only. It is not intended to be advice and you should not act specifically on the basis of this information alone. If expert assistance is required, professional advice should be obtained.

Our office will be closed for Christmas from 5 pm Tuesday, 22 December and will reopen from 8 am on Wednesday 6 January 2021.