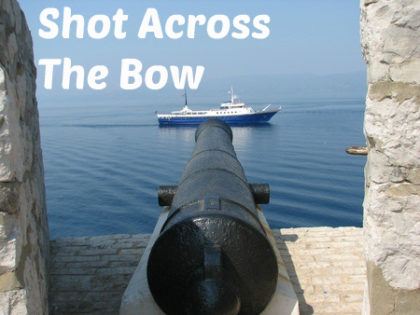 Like all major government institutions, the Australian Taxation Office (ATO) is not afraid to strategically use the media to deliver key messages.

Last month, in a speech to the National Press Club in Canberra, Tax Commissioner Chris Jordan delivered what has been described as a “shot across the bows” to Australian taxpayers, which included hit lists in a number of compliance areas.

Mr Jordan stated the reason for this public outing was the ATO had identified a more than 6% gap between the amount of tax collected and the amount it thinks should be collected.

“The risks of non-compliance highlighted by our gap research so far in this market are mainly around deductions, particularly work related expenses. The results of our random audits and risk-based audits are showing many errors and over-claiming for work related expenses – from legitimate mistakes and carelessness through to recklessness and fraud. In 2014-15, more than $22 billion was claimed for work-related expenses. While each of the individual amounts over-claimed is relatively small, the sum and overall revenue impact for the population involved could be significant,” the Commissioner stated during his Press Club address.

While small in value, Mr Jordan said the ATO also was concerned about the number of people who appear to be claiming deductions by default for items such as clothing expenses. In 2014–15, around 6.3 million people made a claim for $150 for work related clothing – the level you can claim without having to fully substantiate your expenses. Those 6.3 million claims amounted to $1.8 billion in deductions.

Other areas of concern highlighted were:
• Claims for work-related expenses that are unusually high relative to others across comparable industries and  occupations;
• Excessive rental property expenses;
• Non-commercial rental income received for holiday homes;
• Interest deductions claimed for the private proportion of loans; and
• People who have registered for GST but are not actively carrying on a business;
• High levels of claims for tax advice, travel related and self-education expenses

According to Mr Jordan, the big take away in this area is, if your business is operating outside of the ATO’s benchmarks, it’s important to be prepared to defend why this is the case. These benchmarks track and measure gross profit and general expense levels and net profit margins across industries.

Being outside the benchmarks does not mean that your business is doing anything wrong, but it increases the possibility that the ATO will look more closely at your business and seek an explanation.
The ATO is keen to put the heat on:

• Businesses deliberately hiding income or avoiding their obligations by failing to register, keep records and/or lodge accurately;
• Those that report outside of the small business benchmarks for their industry;
• Employers not deducting and/or not sending PAYG withholding amounts from employee wages;
• Employers not meeting their superannuation guarantee obligations;
• Businesses registered for GST but not actively carrying on a business;
• Failure to lodge activity statements; and
• Incorrect and under reporting of sales.

While most know the names of Australia’s largest publicly listed companies like Commonwealth Bank, Wesfarmers and BHP, much of Australia’s wealth and business is controlled by private groups who do not necessarily have a high public profile. In this area, the ATO intends to target:

• Tax or economic performance not comparable to similar businesses;
• A lack of transparency in tax affairs;
• Large, one-off or unusual transactions, including transfer or shifting of wealth;
• A history of aggressive tax planning;
• Choosing not to comply or regularly taking controversial interpretations of the law;
• Lifestyle not supported by after-tax income;
• Treating private assets as business assets; and
• Poor governance and risk-management systems.

Property developers have always been subject to scrutiny by the ATO in a number of compliance areas. The current areas of focus include:

• Developers using their SMSF to undertake or fund the development and subdivision of properties leading to sale;
• Where there has been sale or disposal of property shortly after the completion of a subdivision and the amount is returned as a capital gain;
• Where there is a history in the wider economic group of property development or renovation sales, yet a current sale is returned as a capital gain;
• How profit is recognised where related entities undertake a development (i.e., on the development fees as well as sales of the completed development);
• Whether inflated deductions are being claimed for property developments;
• Multi-purpose developments – where units are retained for rent in a multi-unit apartment, to ensure that the costs are appropriately applied to the properties produced.

Get Yourself Ahead of the Game – Advice and Audit Insurance

As qualified tax professionals, we can help identify and guide you through any risk areas in your business or individual return. And taking up an offer of audit insurance can help significantly with covering the professional costs of responding to an ATO audit. To find out more, contact 07 3359 5244 or email